We Will Deliver Peace of Mind!

Rental Property Management Hawaii (RPM Hawaii) delivers peace of mind through the efforts of its experienced agents, smart utilization of top technology, and superiorly efficient procedures to keep your property rented, well maintained, and you informed.

Having a successful rental property requires a lot of time, effort, experience and knowledge. Let us save you that time, effort and frustration that comes with gaining that experience.

As a full service Honolulu property management company, our team is responsible for taking care of all aspects of managing your rental(s). When a prospective tenant is interested in your property, RPM Hawaii conducts a thorough screening process. Our screening starts from the moment a prospect contacts us. If we feel they are the right fit we then proceed with credit and criminal background checks, employment, asset, and ID verification. If approved we then prepare the rental agreement based on terms agreed to by our clients in the management agreement. Our advanced technology integration allows us to thoroughly screen an applicant, digitally draft the rental agreement, and collect the security deposit via EFT within a matter of minutes if needed. Our management fee is 10% plus tax of the rent collected. We don't get paid if your not getting paid.

How much rent can you get for your investment?

Our market analysis helps landlords and us make data-informed decisions about their rental property, including rate estimates and other information so they can invest and manage their investment property more wisely.

Get started with your FREE RENTAL PRICE ANALYSIS or, if you just need a little more information first, feel free to fill out the form .

Explore What We Do

As your Honolulu Property Manager

At RPM Hawaii we have a balanced approach to marketing. We create a great presentation with professional photos and descriptive copy so that we can attract the best tenant in the shortest amount of time. We cast our marketing “net” on all the main rental sites, respond quickly to inquiries, and apply our high tenant qualification standards. It works.

We conduct extensive screening on all tenants including, credit checks, criminal and eviction background checks, income and employement verification, as well as talk to the current and past landlords. We are very interested in putting great tenants in your property. It saves us both time and money.

Rent is due on the first and we have a strict protocol that goes into action if rent is late. We act swiftly and professionally so tenants know we are serious. Our level of professionalism also helps to screen out tenants that think they may be late from time to time. They usually do not apply because they know it won’t be tolerated.

We conduct inspections upon move-in and move-out that include documentation of the property’s condition and ensure all maintenance issues are addressed in a timely manner. Tenants can also contact us at any time to report maintenance issues. We document all these communications and respond quickly to be sure your property is well maintained. We have an extensive list of tried and true vendors to be sure you get the best value.

With our detailed financial reporting tools, it's never been easier to keep tabs on your investment. Log into your owner portal to view statements and stay in tune with how your investment is performing. At the end of the year all your annual finacial statements for completing your taxes will be available to make it easy on you.

In the unfortunate event that a tenant needs to be evicted from your rental, we will cover the cost of a simple uncontested eviction (some restrictions apply) and ensure your investment is protected. If an attorney needs to be hired we can recommend one that works efficiently so that we can move forward as soon as possible with the next tenant. 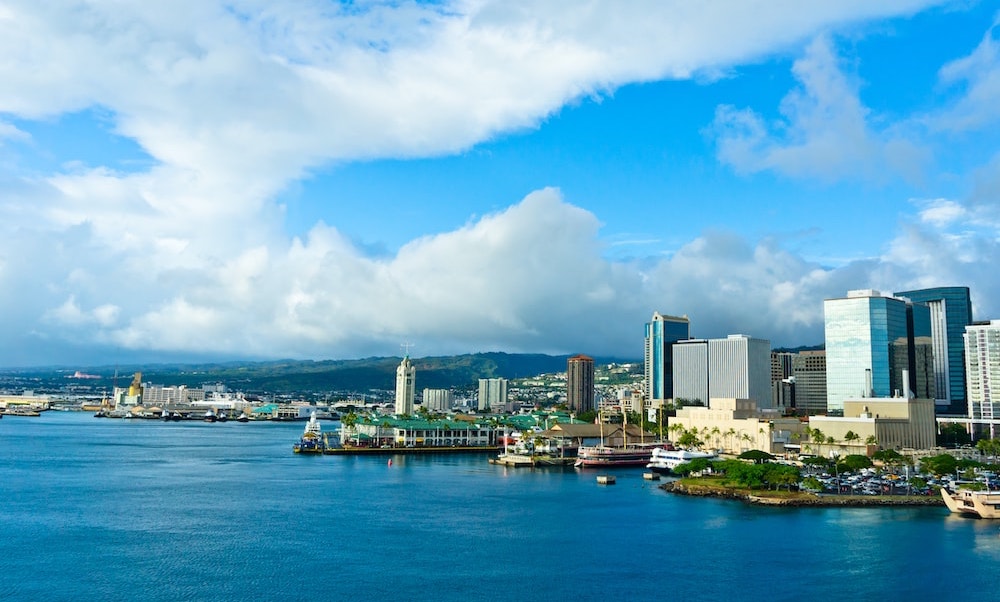 The City and County of Honolulu covers the Island of Oahu which is know among the Hawaiian Islands as The Gathering Place
There is a reason Oahu is known as The Gathering Place, as it offers so much to attract- and keep- the attention of locals and tourists alike.
Oahu may be number three in size among its fellow islands in the Hawaiian chain, but it is first in population. Nearly 1,000,000 people share Oahu's 600 square miles of mountains and beaches - that is close to three-quarters of the state's population. Almost half live in the bustling city of Honolulu and nearby areas such as Waikiki, Kakaako, Manoa, Makiki, Kaimuki, and Kapuhulu to name a few. Oahu is also the most visited of all the Hawaiian Islands, at approximately 4.5 to 4.7 million visitors annually - that's approximately half of all the visitors to the state each year.

Oahu is primarily defined by the state capital of Honolulu, Pearl Harbor, and the world-famous Waikiki Beach. These areas host thousands of tourists daily.
Oahu weather is wonderful(some say it’s the best on the planet), accommodations are varied, shopping options suit practically every budget and Oahu's best beaches are beyond breathtaking. It's fair to say the island attracts visitors from around the world; though this may be the one fault of the island, as many are discouraged by the large crowds of Oahu and opt to visit one of the other less-visited islands in the chain. After all, chances are if you are staying on Oahu you, too, will book a room in Waikiki or Honolulu yourself. Nearly all the island's resorts are in this small area. Koolina on the west shore and Turtle Bay on the north shore of the island also have resorts.

Honolulu is the state's capital and major financial center. It is also home to the main campus of the University of Hawaii. However, Honolulu was not always the main seat. Until 1845 the capital of the Hawaiian Kingdom was located on the island of Maui. King Kamehameha III ordered the move and the Iolani Palace was built later.
But Oahu is much more than Honolulu or Waikiki - it may well be the most beautiful of all the major islands. You simply must know where to go to experience the beauty that is Oahu.